For the first two weeks of November, the eyes of the world will be on Scotland.

Leaders, negotiators and diplomats from all four corners of the globe, including those from Asia, will converge on our largest city, Glasgow, as it hosts the 2021 United Nations Climate Change Conference, otherwise known as COP26.

The stakes are high.  As Scotland’s Net Zero Secretary Michael Matheson has made clear, COP26 represents the world’s best chance – perhaps one of our last chances – to avert the worst impacts of climate change.

Climate change is rightly recognised as one of the most pressing issues of our time.  It threatens the lives and livelihoods of billions of people due to potential natural disasters, environmental decline and extreme weather patterns.

So, the time to act is now.  COP26 will bring parties together to accelerate action towards the goals of the Paris Agreement and the UN Framework Convention on Climate Change.  The aims of COP26 are clear: secure global net zero by the middle of the century and aim for limiting global warming to 1.5 degrees.

Given COP26 has such high ambitions, it is fitting that Scotland will host the summit.  Our country has world-leading climate change legislation that sets a target date for net zero emissions of all greenhouse gases by 2045.

As the birthplace of the industrial revolution, it’s right that Scotland is at the forefront of the green revolution.  And it’s that positive mindset all of us here at Scottish Enterprise, Scotland’s national economic development agency, are taking when it comes to supporting the delivery of a net zero economy.

Scotland’s hosting of COP26 is a once in a lifetime opportunity to inspire Scottish businesses to go further and faster towards a net zero transition.

Having such a global event on our doorstep will allow us to highlight our innovative companies that see the economic opportunities which exist in a net zero future, and also showcase Scotland as an incredible investment opportunity for global businesses to achieve their net zero aspirations – after all, we are the most attractive location for inward investment in the UK outside of London.

Scottish Enterprise is working with partners and experts to ensure COP26 has a lasting legacy for Scotland’s Just Transition to net zero.  We are delivering numerous business and international investor events during COP26 focused on key opportunities including hydrogen, decarbonising heat and Carbon Capture, Utilisation and Storage.

Throughout COP26, we will be sharing best practice with our international partners, informing them how Scotland intends to achieve a net zero economy.  Scottish Enterprise has a critical role to play, helping businesses transition and capitalise on alternative low-carbon, renewable energy and climate opportunities globally, utilising the skills honed by their exceptional staff.

Scottish Enterprise has placed the net zero transition at the heart of all our plans and activities.  Our  Net Zero Framework for Action, published in June 2021, explained how we can be a catalyst for change in accelerating Scotland’s just, net zero transition.

This framework commits Scottish Enterprise to: 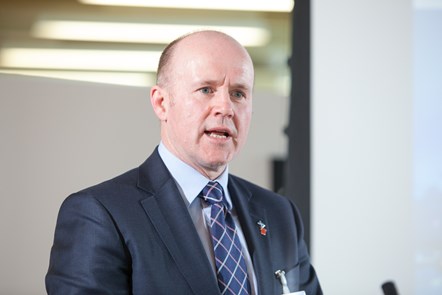