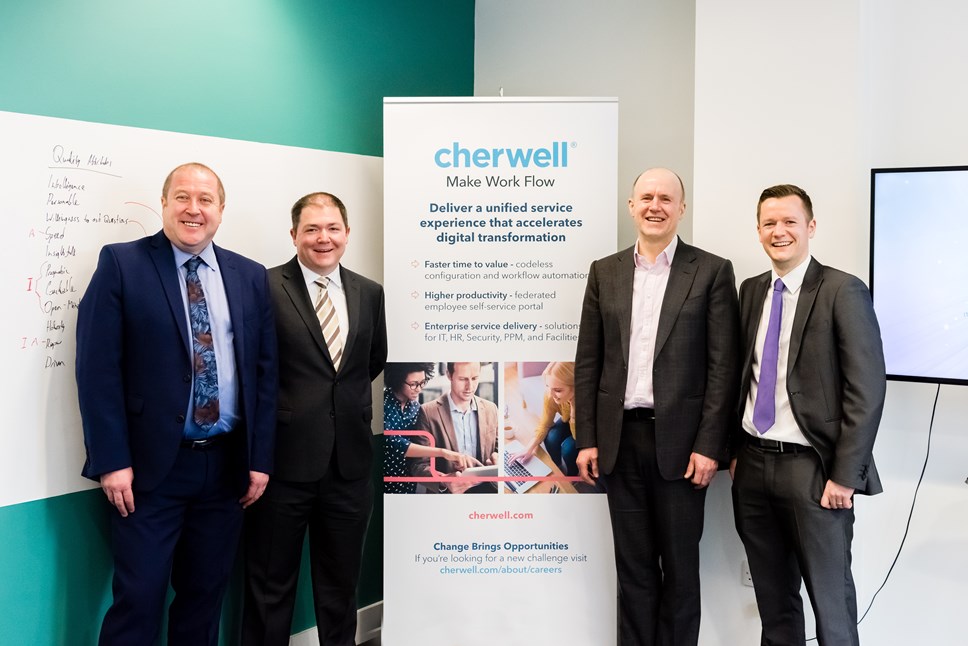 Cherwell invests in Scotland to expand research and development in Dundee

Cherwell Software, LLC, (“Cherwell”) a global leader in service management, today announced that 40 new jobs will be created at their facility in Dundee, following a £3.1million research and development (R&D) grant from Scottish Enterprise.

The funding forms part of an overall £22 million investment from Cherwell, £8.9 million of which has been allocated to Scotland, to develop new and cutting-edge technologies at its Dundee R&D facility to allow businesses of all types to automate services across their enterprises, driving efficiency and productivity.

Scotland’s Minister for Parliamentary Business Graeme Dey, who announced the funding on a visit to the Dundee base with Cherwell leaders, said: “I am delighted that this £3.1million Scottish Enterprise grant will result in 40 new jobs in Dundee, a city which is fast becoming one of Scotland’s leading technology hubs.”

“Cherwell’s decision to invest £8.9 million into their operations in Scotland is also testament to the highly-skilled and talented workforce we have and our reputation as an innovative nation.

The Scottish Government and our skills and enterprise agencies look forward to working with Cherwell to deliver their ambitious plans for the Dundee base.”

Josh Turpen, Chief Product Officer (Global) at Cherwell, said: “It is an honour to have received this support from Scottish Enterprise which has enabled us to continue our expansion in Scotland and in the Dundee area in particular. As our growth accelerates globally, our Dundee R&D centre has proven itself to be a boon for our engineering efforts with highly-skilled talent available from a thriving tech hub.”

Neil Francis, Director of Trade and Investment at Scottish Enterprise, said: “We’re thrilled that Cherwell, as a global leader in software technology, has taken the decision to expand its operations in Scotland. This is an exciting opportunity for Dundee and the surrounding area to harness high value jobs and enhance the regions reputation for computer science.

“We look forward to continuing to work with the team at Cherwell to deliver its growth ambitions.”

Based in Colorado, US, Cherwell is a global leader in the development of new technologies and empowers organisations to transform their businesses through adoption and easy management of digital services.

Dundee is uniquely positioned as Cherwell’s only international location for R&D, embedding world leading technical expertise within the facility and enhancing Dundee’s reputation for computer science as the birthplace of the next generation Enterprise Service Management Software.

Since the opening of the Dundee R&D centre last year, Cherwell has demonstrated a commitment to diversification of their workforce and has been actively working with local universities to develop a stronger recruiting pipeline for women into engineering. The company also has ambitions to develop its own talent pipeline to sustain its ability to conduct R&D in Scotland over the long term.

Cherwell empowers organizations to transform their business through the rapid adoption and easy management of digital services. Cherwell’s adaptable platform has enabled thousands of organizations to modernize their business operations with customizable service management, automation, and reporting across the enterprise. For more information, visit: http://www.cherwell.com.

Scottish Enterprise is Scotland's national economic development agency and aims to deliver a significant, lasting effect on the Scottish economy. Our role is to help identify and exploit the best opportunities for economic growth. We support ambitious Scottish companies to compete within the global marketplace and help build Scotland's globally competitive sectors. We also work with a range of partners in the public and private sectors to attract new investment to Scotland and to help create a world-class business environment. 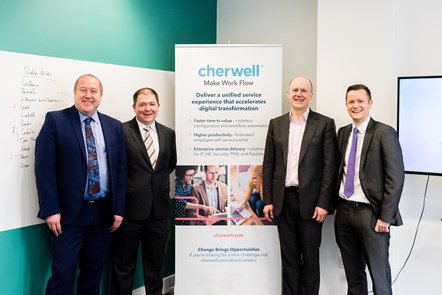 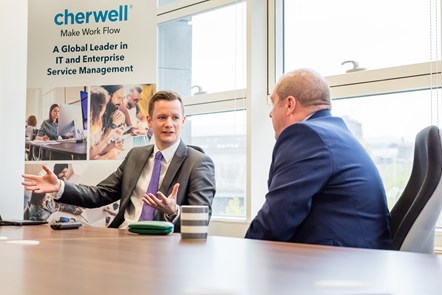 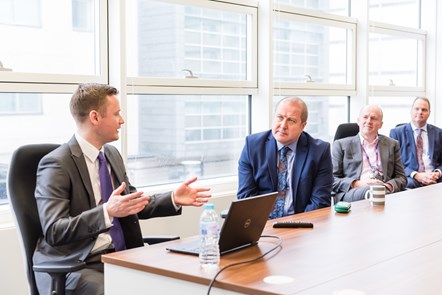