The company secured a £2 million grant from Scottish Enterprise and has worked closely with Scottish Development International (SDI) to develop the project.

The expansion plans were announced on the same day SDI annual results were published, which showed 7,839 jobs were secured in Scotland through new and existing investors – an increase of 10% on the previous year.

The First Minister visited Computershare’s new office in the city centre which is being fully refurbished and will open next year.

“This announcement, with the creation of 300 highly skilled technology jobs and investment in the city centre, is fantastic news for Edinburgh’s economy.

“Scotland is open for business and continues to be a very attractive location for investment, as evidenced by the recent EY Attractiveness survey, which noted that Scotland was the top UK location for foreign direct investment outside London for the fifth consecutive year.

“Together with the inward investment figures published by SDI, this offers further evidence that we have the skills and expertise to attract and retain global companies like Computershare.”

“As a truly international capital city, Edinburgh has a bright future and is a natural home for a global company. As a growing business we need the skills and hard work we see on offer in this city.

“We are grateful to the Scottish Government, Scottish Enterprise and Scottish Development International for helping us with our plans and are looking forward to our continued partnership.”

“When a company like Computershare chooses to invest in Scotland, it sends a message to the rest of the world that Scotland is a first-class destination.

“We have a clear focus on winning the right kind of investment for Scotland – which is secured because of our skills base, science and research excellence and our connected business infrastructure, and this investment by Computershare is an example of this.

“We’re thrilled to have secured these new jobs for Edinburgh; it’s a ringing endorsement of our offering to international investors and we look forward to working with the Computershare team to help them fulfil their growth ambitions in Scotland.”

Computershare was founded in Melbourne in 1978 and its existing Edinburgh operation was established in 1998, serving locally-based clients and those further afield. From its current base in Edinburgh Park, the company provides relationship management and registry services to around 150 listed companies – from FTSE100 to AIM – many of whom are registered in Scotland. 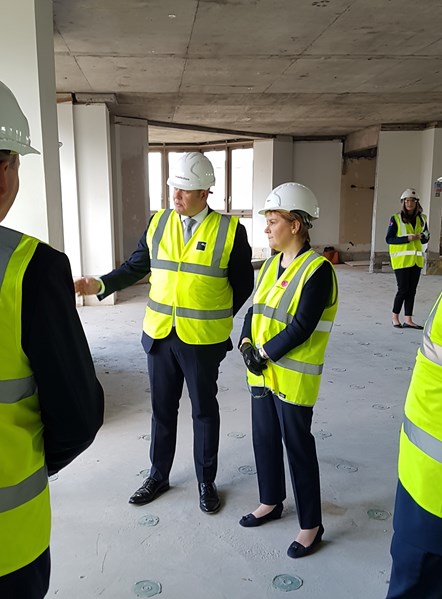