An emerging fintech company specialising in cyber security will further enhance its presence in Scotland following a grant from Scottish Enterprise.

The company, which has roots in Hong Kong and the Far East, will commercialise its products in Edinburgh, creating 16 jobs all paying the real living wage.

It is further good news for Scotland’s burgeoning fintech sector, which now has more than 100 SMEs operating in the country, many of whom have arrived from overseas.

“Cyber Security will play an increasingly vital role in years to come and so the Scottish Government, through Scottish Enterprise, recognises the importance of supporting companies like PolyDigi Tech to enhance Scotland’s expertise in that area – creating jobs and training opportunities in the process.

“This is an exciting time for our Fintech sector, after it recently gained accreditation as a European Cluster of Excellence.”

The company’s new technology hub in Edinburgh will provide the capacity for expected future growth and support the continued development of its existing products.

“We look forward to collaborating with various technologies to make Scotland the Global Authentication Base.”

Mark Hallan, Director of Global Investment at Scottish Enterprise, said: “As part of our ongoing commitment to make Scotland one of the world’s leading fintech ecosystems, Scottish Enterprise is delighted to support PolyDigi Tech’s plans for a technology hub in Edinburgh through an RSA award.

“Scotland’s reputation for excellence in financial services is worldwide, which is demonstrated by the number of exciting, innovative fintech companies choosing our towns and cities to enhance their global reach.

“Our world-class workforce, combined with the ‘Team Scotland’ approach we’ve adopted between our public institutions, academia and the private sector, ensures that Scotland continues to punch above its weight when it comes to attracting foreign direct investment.  Competition for inward investment is fierce, but Scottish Enterprise will continue to actively promote our international leading sectors, such as fintech, as we bid to attract companies from across the world to Scotland.”

Scottish Enterprise worked in partnership with FinTech Scotland to attract PolyDigi Tech to Scotland.  FinTech Scotland develops and enables collaborative innovation across the fintech ecosystem by facilitating and encouraging connections between key stakeholders.

As part of its second anniversary celebrations last month, FinTech Scotland announced that the number of fintech SMEs based in the country had grown by more than 60% over the past year.

It is estimated that there are now 119 fintech SMEs operating in Scotland, coming from as far afield as Australia, the United States and Europe.

FinTech Scotland's CEO, Stephen Ingledew, added: “It is wonderful to welcome the innovative PolyDigi team to the fintech community and we are delighted to be working with them as they make Scotland their home to develop their exciting proposition. 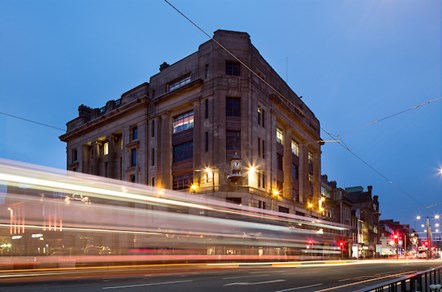