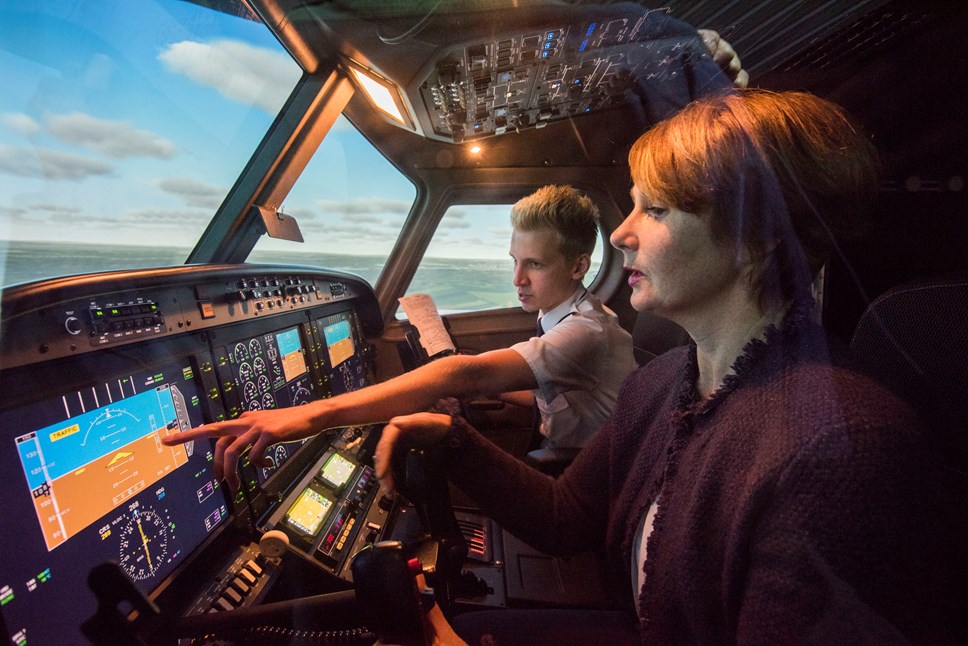 A flight training simulator, which has recently been installed in Dundee, will meet exacting new global standards required by the airline industry, helping tackle the worldwide shortage of pilots

A flight training simulator, which has recently been installed in Dundee, will meet exacting new global standards required by the airline industry, helping tackle the worldwide shortage of pilots.

Flight training organisation Tayside Aviation has recently made a £300,000 investment in the future of its students, in order to enhance the training standard of its courses and future-proof its training offering.  The Alsim ALX simulator is part funded by a £80,000 Regional Selective Assistance (RSA) grant from Scottish Enterprise.

The state-of-the-art simulator offers a vast and diverse method of training, allowing pilots to simulate small twin engine aircraft, as well as medium range jet transport.   The new and user-friendly simulator ensures the easiest immersion for both the student in training and the instructor. In the end, the simulator becomes an essential tool for decision making, which is a vital part of training.

Having flown 33 million miles since its launch 50 years ago, the equivalent of 70 trips to the moon and back, the multi award-winning business has trained over 5,000 commercial airline pilots, 6,000 RAF cadets and flown a staggering 1,500 flying scholarships, including 300 from as far away as Hong Kong.

Now certified for training by the Civil Aviation Authority (CAA), the simulator will be used by students taking part in Tayside Aviation’s BSc (Hons) Professional Aviation Pilot Practice degree, the first of its kind available in Scotland, in conjunction with Middlesex University and Aviation Skills Partnership.    Launched in 2015, the degree greatly increases and accelerates students’ chances of gaining employment as airline pilots in what is a highly competitive industry.

James Watt, Managing Director said, “Superior in almost every way to our previous model, which was no longer fit for practice, the new simulator came pre-installed with advanced airport graphics giving students a highly realistic approach to training outside of the aircraft. It’s an incredibly sophisticated simulator and essentially echoes the experience of flying a medium range, 200 passenger jet, providing the best commercial training experience Scotland has to offer, and one which meets exacting new industry standards.”

He continued, “Now is a particularly important time for pilot training due to the global shortage of pilots.  Boeing’s latest estimate states that the commercial aviation industry will need 637,000 new airline pilots worldwide between now and 2036. That boils down to just over 87 pilots a day, or almost four pilots every hour globally.   Tayside Aviation is delighted to be at the forefront as one of the UKs leading Flight Training Organisations and, in what is our 50th year, are proud to be training the next generation of pilots.”

The simulator also incorporates ‘performance based navigation’ which is a new industry requirement  being adopted worldwide.    Described by Mr Watt as a ‘game changer’, PBN will improve the accuracy of where aircraft fly and a move to use satellite based navigation rather than ground-based navigation aids.

Caroline Strain, Head of Partnerships North at Scottish Enterprise added, “This is a great example of how a small, ambitious Scottish company is using RSA funding to aid its growth and international competitiveness. By purchasing this state-of-the-art new equipment, Tayside Aviation will be in prime position to take advantage of increased demand due to worldwide pilot shortages while meeting new industry requirements.

“We’ve been working with Tayside Aviation for 8 years now, with support ranging from marketing advice to relationship building in Ireland, China and Libya as well as helping them develop their honours degree in partnership with the University of Middlesex. It’s great to see the company take this next big step.” 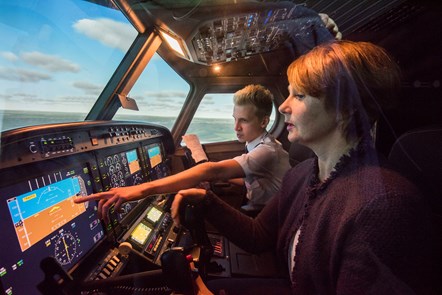