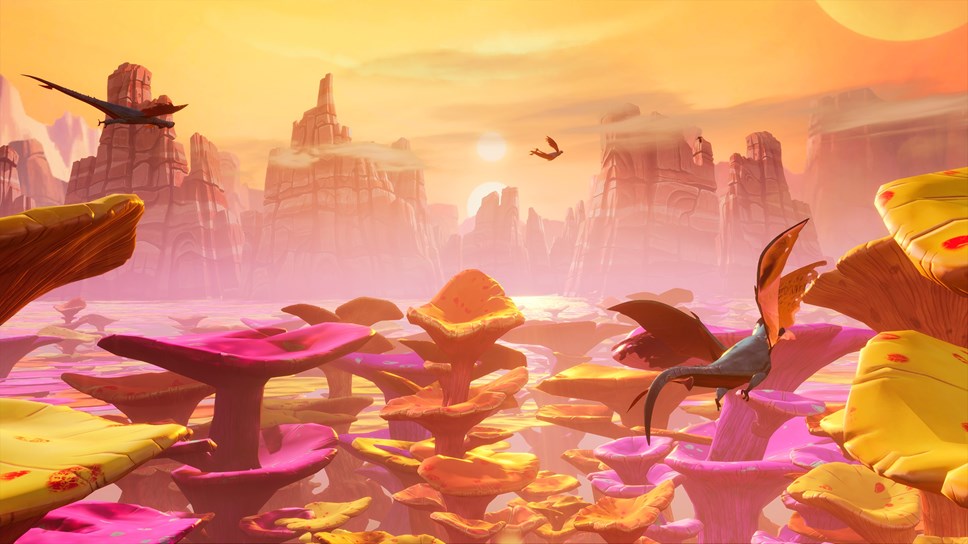 Axis hopes the film will entice high-profile global clients to invest in the Scottish creative sector. The project is also expected to make further inroads into the global theme park market for the company and has the potential to increase turnover by up to £3 million over the next three years.

Axis is scaling up its VR capabilities having developed a new platform that drastically cuts down the amount of time taken to produce VR content.

Ivan McKee MSP said: “Digital technologies like virtual reality offer significant opportunities for Scotland as a modern, progressive nation and the £97,000 of support Axis received has helped develop its own technology capabilities. We’re determined to continue to work with companies like Axis to unlock more high-skilled jobs, build on our global reputation for digital innovation and help distinguish Scotland as an attractive place for investment in this high-value, high-growth sector.”

Richard Scott, Axis Studio Group’s CEO, said: "The bOnd has allowed us to explore the creation of our own intellectual property, both from a narrative and technological perspective. This is the beginning of several new opportunities for Axis, opening up a new market, the continual expansion of our technical capabilities and the creation of our own stories and worlds. I expect all of these to be pivotal to our growth over the next three years."

David Smith, Senior Director – Digital Technology at Scottish Enterprise, said: “Axis is at the forefront of a swell of Scottish creative and digital companies that are making waves internationally. The company has gone from strength to strength in recent years and we’re incredibly proud to have supported the next step in its growth story. Helping ambitious creative companies enhance their products and bolster their operations is critical to the long-term prosperity of the sector in Scotland and the well-being of the wider economy.”

Founded in 2000, Axis creates content for some of the biggest names in video games, film, television, online entertainment and advertising, such as Sony, Microsoft, Universal Studios, Warner Bros., Electronic Arts, and UbiSoft.

The bOnd traces the adventures of TiaMuati as she travels through the alien ecosystem of LuKara, allowing viewers to inhabit a host of characters and experience their world from several dynamic perspectives.