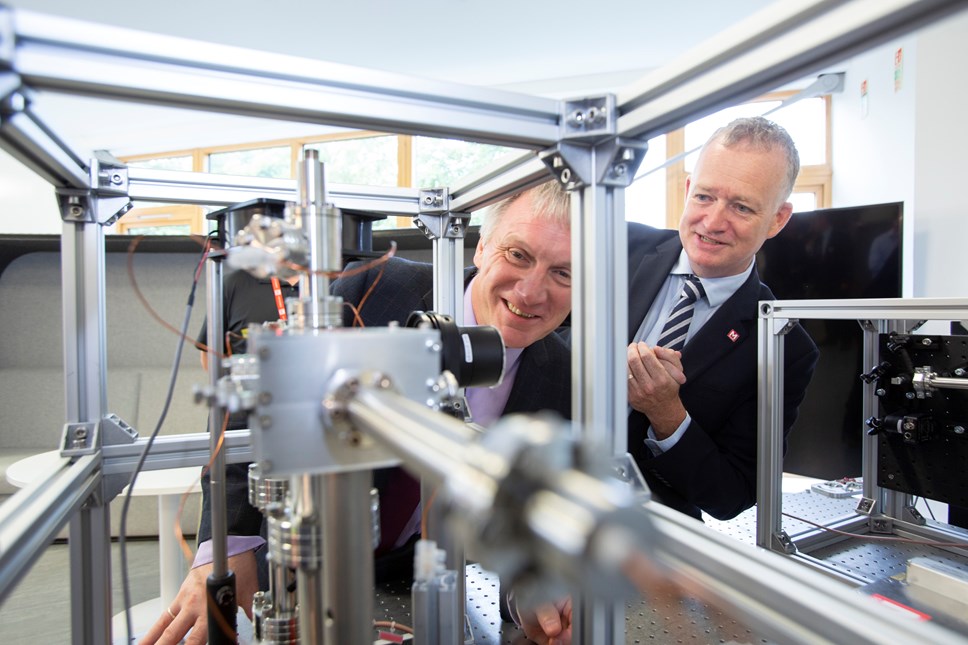 The funding will support Glasgow-based M Squared's £7 million project to accelerate its cutting-edge research programme and help fulfil the potential of Scotland’s quantum industry, and enhance its ability to compete globally. Scottish Enterprise will work closely with M Squared to help develop the wider photonics and quantum sectors in Scotland.

M Squared’s lasers produce the world's purest light to enable scientific progress and power industry – helping to address some of society's greatest challenges. Its laser systems are working to realise the potential of the coming quantum age, improve healthcare and provide the scientific understanding to help halt climate change.

The funding will help to accelerate M Squared's world-class programme of laser and photonics systems development. This includes its work in quantum technology, where the company is developing systems to detect hidden objects and navigate our planet, in biophotonics, where it is creating systems to help detect, diagnose and treat brain disease, and in chemical sensing, where it is developing applications for detecting threats and oil and gas leaks.

“Scotland has a long tradition of being at the forefront of scientific and technological advances, and our investment will ensure this continues.

“M Squared is a company we can take great pride in – their innovation has led not only to an incredible rate of growth for the company, but also to enabling technological development in many fields including medicine, space technology and advanced manufacturing.

“The Scottish Government has set an ambitious target of doubling business expenditure on research and development to £1.7billion by 2025 and Scottish Enterprise support is key in helping firms such as M Squared to deliver that progress.”

The company has grown to become a global leader in photonics and quantum since it was founded in 2006. Its founder and CEO, Dr Graeme Malcolm, was awarded an OBE in 2015 for services to Science and Innovation, and The Swan Medal from the Institute of Physics.

Headquartered in Glasgow, M Squared is one of the fastest-growing tech companies in the UK and has a presence across the world – exporting over 90% of its market offering. The company has roughly doubled in size every two years since 2012 with revenue of about £19million, with 100 employees mainly in Scotland.

Its award-winning products have led to breakthroughs in many areas of science, including the UK’s first commercially viable Quantum Accelerometer. Its customers include Nobel Prize-winning scientists, leading universities and innovative manufacturers.

The company's precision lasers provided the means for the European Space Agency project Sentinel 5P to measure pollutants such as ozone, formaldehyde and nitrogen dioxide from space – it's the best data set that humanity has on the health of our planet.

Founder and CEO Dr Graeme Malcolm said: "We take great pride in our Scottish roots. Our ambition is to create the world's most important photonics and quantum technology company independently headquartered in Scotland.

"Our home city of Glasgow has a great tradition of science and engineering, where local companies have been developing optical technology for around 100 years. We are creating high-value jobs for graduates outside of academia, currently employing 100 staff, of which over 85% are graduates.

"Our intimate knowledge of the challenges at play when it comes to commercialising science makes me certain that for science to make a real difference it must get out of the lab and into the real world. The support of Scottish Enterprise will enable M Squared to scale its operations locally but equally continue stepping into new global markets.”

David Smith, Director of National Opportunities at Scottish Enterprise, said: “M Squared is a pillar of our cluster of photonics companies in Scotland and a catalyst in bringing that community and others together to prepare to exploit the emerging market opportunities associated with quantum technology. This award underlines the continued innovative nature of the company and a great example of the Scottish capability in this area.”

M Squared is a photonics and quantum technology company. 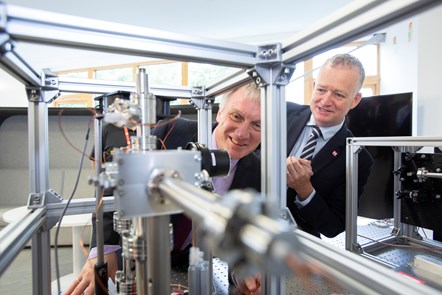