The company, which operates from a showroom and office in Edinburgh city centre, specialises in the premium end of the market and works with clients, designers and architects to specify and supply contemporary furniture, lighting, blinds and rugs.  Its wide variety of projects includes work for both private individuals and commercial sites such as restaurants, offices and museums.

Tangram was founded in the early 1990s.  Julian Darwell-Stone joined the firm in 1998, becoming sole owner and managing director in 2003.  Julian wanted to plan for his eventual exit by considering the succession options in good time, therefore allowing for a smooth transition. He wanted a solution that would ensure the job security of the long-serving team and reward them for their hard work and loyalty.

Commenting, Julian said: “When I started to think about the future of the business and my eventual retirement, I knew I didn’t want to simply shut up shop and end something I’ve worked extremely hard to build. I also knew I had a long-serving and incredibly loyal team and I wanted the business to continue in its current form for them.  I didn’t want to sell to a third party and see the business absorbed into another organisation with different values or a strategy that might not match ours.

“We have developed a very successful business together and have created a strong team ethic, so it was important to me to give the company, the jobs and the brand the best chance of continued independent existence following my exit. Employee ownership is the perfect fit for us.”

An Employee Ownership Trust has been formed and holds 100% of the shares on behalf of the employees.  Julian will remain in the business on a part time basis and Sarah Ramsay will become managing director.

Julian continued: “The staff are very excited about the transition.  It’s been a very positive experience and they’ve been really keen to take the reins with lots of plans for the future. Moving into employee ownership gives the opportunity for continued job security for all staff and enables them to have collective control of their future.

“Although we were initially affected by the COVID-19 pandemic, business has improved significantly since then.  We’ve actually enjoyed a very successful period over the past couple of months, so much so that we’ve recently appointed someone new to the team who confirmed he accepted the role partly due to our impending employee ownership status.  I am confident I am leaving the staff with a good business with further potential for growth.”

The transition to employee ownership was supported by Co-operative Development Scotland (CDS), with the process managed by Co-ownership Solutions LLP and legal services by Lindsays.

Head of Co-operative Development Scotland, Clare Alexander, said: “The number of employee-owned businesses in Scotland continues to grow and we’re delighted to be adding Tangram to the list.

“Julian wanted a succession option which would enable him to gradually exit the business that he worked extremely hard to build, with the knowledge that the future is taken care of for his devoted and long-serving team. It will help safeguard jobs and maintain existing customer relationships whilst creating new opportunities.

“We’d encourage all businesses exploring their ownership options to consider employee ownership. Not only does it help secure jobs and keep businesses rooted in Scotland, the model is also key to helping the Scottish Government with its aim of creating a stronger and fairer economy, ensuring everyone can access work that is fair and offers flexibility and opportunity for all, and that ensures local people and businesses have a genuine stake in producing, owning and enjoying the wealth they create.”

Statistics demonstrate that employee-owned businesses consistently outperform their non EO counterparts in terms of higher levels of profitability, increased productivity brought about by higher levels of engagement and enhanced employee wellbeing, as well as improved business resilience during times of economic crisis. Within Scotland, there are now around 110 employee-owned companies operating, with approximately 7,500 employee-owners generating a combined turnover of around £950 million. 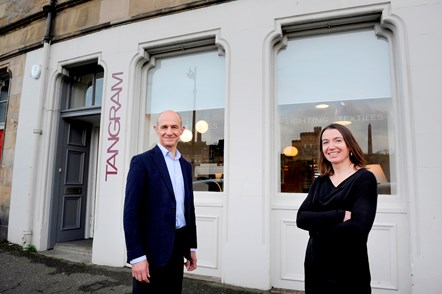