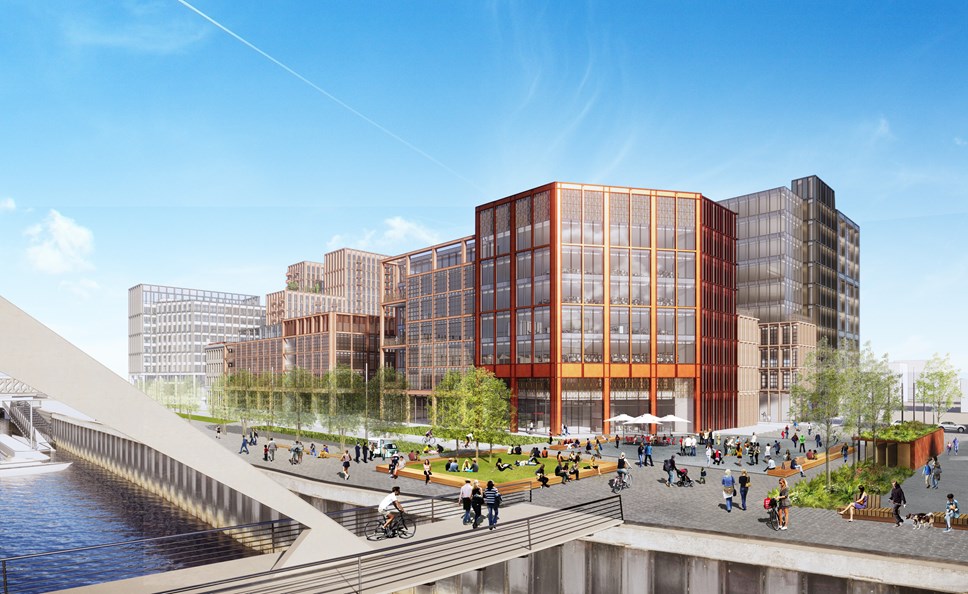 Jobs Boost for Scotland Through FDI

SDI figures for 2018/19 showed more than 10,000 planned jobs had been generated by FDI projects into Scotland – an increase of 18% compared with the previous financial year.

This strong performance backs up the EY Attractiveness Survey that showed Scotland remains the leading UK location outside of London for FDI.

And early indicators show Scotland continues to punch above its weight when it comes to attracting international companies, with firms from North America, Europe and other UK nations setting up here over the past few months.

Finance Secretary Derek Mackay welcomed the SDI figures as he visited Barclays new campus under construction in Tradeston, Glasgow, one of the many inward investment projects attracted to Scotland in 2018/19.

Barclays is investing over £400 million in the new state-of-the-art site in an area of the city that has been under-invested in for many years.  Barclays’ investment will revitalise this part of Glasgow’s centre and create up to 2,500 new jobs benefiting the city and wider economy.

Once completed it will be home to around 5,000 Barclays employees working across retail banking, corporate banking, private banking, savings, investments and wealth management, operations and technology, risk and compliance, finance, HR and other functions of the bank.

The project, which includes a commitment that at least 42 per cent of the new jobs will be high value and at least 341 will be for disadvantaged workers or those who have a disability, was supported by a £12.75m funding grant from Scottish Enterprise.

Mr Mackay said: “Scotland continues to be an attractive destination for inward investment.

“The figures for the last year demonstrate that more investments are being made across Scotland and are testament to our approach to promoting inclusive growth.  The Barclays campus is an excellent example of the high-quality jobs being created through inward investment.

“We will build on this year’s success through our new FDI Growth Plan which we will publish by this summer.”

Alongside Barclays proposals, other notable inward investment successes over the 2018/19 included:

So far in 2019/20, SDI has supported significant FDI into Scotland, including:

Charlie Smith, Managing Director of SDI, said: “Despite growing competition from other countries and the uncertain geo-political climate we find ourselves in, Scotland continues to punch above its weight when it comes to attracting FDI.

“Not only does FDI bring quality jobs to our communities, it opens Scotland up to a new generation of talent and global innovators who want to work in partnership with us to deliver future economic opportunities.  This enhances our skills pipeline, develops our workforce and ultimately enhances our country’s productivity.

“Thanks to our skills, talent and knowledge, Scotland remains one of the most attractive locations for inward investment.  We will continue to adopt our ‘Team Scotland’ approach to ensure more global companies locate in our towns and cities and deliver high quality jobs for our world-class workforce.”

Scott Stewart, Head of Barclays Scotland, said: “We are delighted to be building a state-of-the-art campus at Tradeston as part of our global campus strategy.  This is a big investment and vote of confidence in Glasgow, and builds on Barclays’ long history in Scotland.

“Once finished, it will create a unique community space in the heart of the city and provide world-class facilities to attract the best talent.  This will be crucial as we double our headcount in Scotland creating up to 2,500 new jobs as part of this investment.” 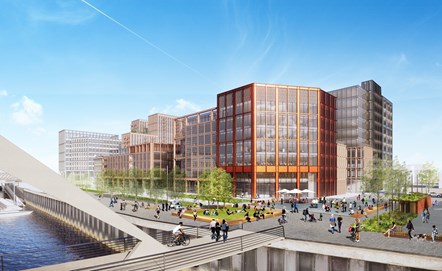