Over 20 million Europeans take Scotland into their hearts

Over 20 million Europeans have shown their love for Scotland, two weeks after Scotland launched its latest marketing campaign with the message, “Europe, let’s continue our love affair”.

At the heart of the Scotland Is Now global marketing campaign’s latest activity is an atmospheric film shot at Lunan Bay, near Montrose, Angus. The rugged scenery sets the tone for a heartfelt and emotive message designed to tell Europe that Scotland remains an open and welcoming nation.

This film has been watched by over 20 million people across the key European markets of France, Germany and Spain, representing 10% of these countries’ populations.

These countries were selected as key markets in which a dip in confidence as a result of Brexit may be having a negative impact on investment, talent and tourism to Scotland, with the campaign designed to build on existing relationships and reinforce Scotland’s reputation as a world-class place for people to live, work, visit, study and do business.

Director of Brand Scotland, Cat Leaver, said: “It’s heartwarming to see the messages of kinship and affection from our European friends and how eager they are to share their own stories.

“We hoped the film would resonate with people and encourage them to pause and reflect on the long-standing relationship between Scotland and Europe. I’m amazed at how quickly we’ve reached over 20 million people and at how passionate they are in sharing, commenting and engaging with us.

“It’s fitting that we’ve achieved this milestone in the same week that we celebrate Scotland is Now’s first birthday.

“We’re starting to see real momentum gathering in reaching potential students and researchers for our universities, visitors to our country, talent for our labour market, and partners for and investment into our businesses.”

Bringing together VisitScotland, Scottish Enterprise, Highlands and Islands Enterprise, Scottish Government and Universities Scotland for the first time with a single, bold narrative for Scotland, the Scotland Is Now initiative was launched in April 2018.

In its first year, the campaign aimed to grow awareness of the nation targeting the key markets of New York, San Francisco and London. To date, the campaign has reached in excess of 70 million people globally, prompted conversations about Scotland with over 1000 uses of the #ScotlandIsNow hashtag every single day, reached thousands of businesses worldwide and drove increased referrals to all partner channels.

This aspect of the campaign is funded by VisitScotland and Scottish Enterprise.

• “Me and my girlfriend moved from Italy to Scotland in August. In these few months we were able to get full time jobs, rent a decent house, get a beautiful dog and buy a small car. I accomplished more in 7 months here that in 29 years in Naples. I don't know what will happen, but I'll forever be grateful to Scotland for every chance I've had here”

• “Last Tuesday I celebrated 10 years in Scotland. I’m not a big earner but I run my own little business. Sometimes I miss my family in Germany, but I love my new family in Scotland. I am not worried about the post-Brexit future because I have faith in Scotland and her wonderful people. ❤️”

• “32 years in this country. And while I may have been born South of the border, I will always consider myself a Scot. My heart belongs to this beautiful, breathtaking country. I wouldn't trade it for anywhere else. I even love the weather. I think Scotland is the true heart of this planet. And I feel that there is a little Scot inside everyone no matter where they are or where they come from. People just need a wee nudge to let it oot tae party. Gràdh dhan a h-uile duine. 🏴󠁧󠁢󠁳󠁣󠁴󠁿 ♥”

• “Spent a whole academic year at Edinburgh's University thanks to the Erasmus Programme... That was just the best year of my life! I have been in love with Scotland ever since Beautiful landscapes, warm and kind-hearted people... Tha gaol agam air Alba”

• “My family love Scotland. Our girls are calling your country home and they would love to stay further for studying and working. We spread around our experiences with your lovely country and the open hearted Scottish folk. We' ll support you as much as we can”

• Campaign assets are available from the Scotland is Now Brand Campaign Toolkit. 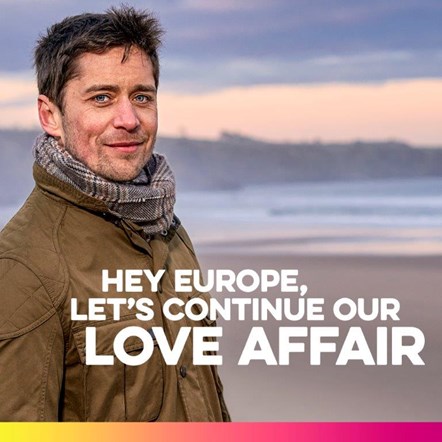