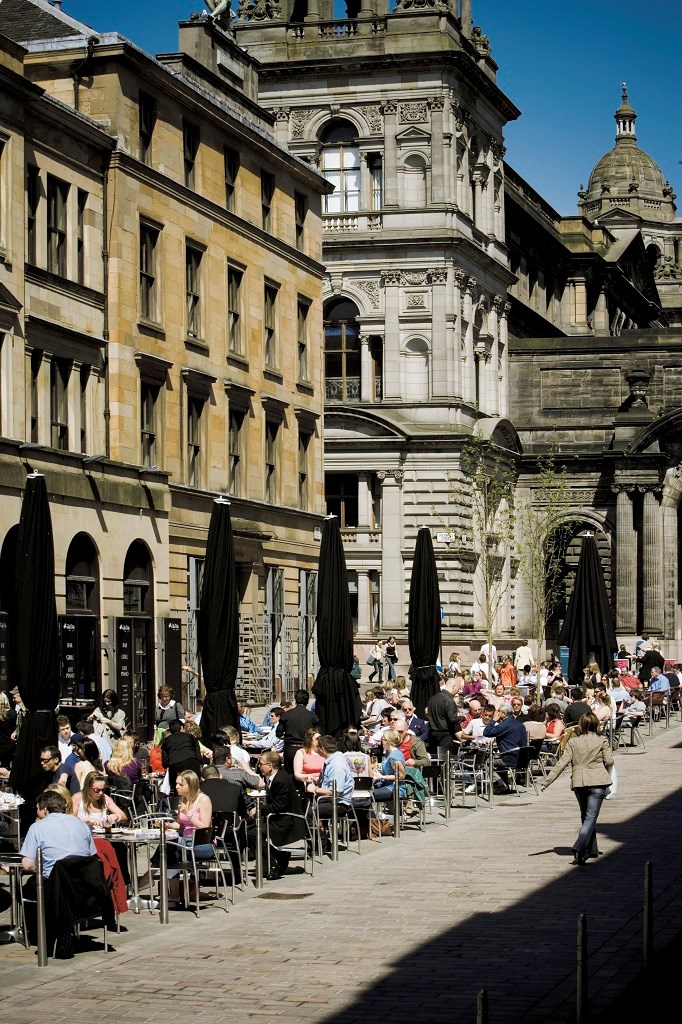 Visits and spending by international tourists in Glasgow rose to its highest level on record in 2017.

The Travel Trends 2017 data from the Office for National Statistics (ONS) showed the number of international visitors travelling to Scotland’s largest city rose by nearly a fifth (19%) to 787,000, while expenditure increased by more than a third (36%) to £319m.

Glasgow’s growth outperformed the Scottish average – at a national level visits were up 17% to 3.2 million while spend rose 23% to £2.3 billion.

The ONS figures also highlighted that:

Glasgow’s Tourism and Visitor Plan to 2023 is the blueprint for continuing to build the city’s global profile as a successful and must-visit tourist destination.

Growing overnight tourism visits from two to three million and positioning Glasgow as a cultural powerhouse and the ‘gateway to Scotland’ is at the heart of the plan, which aims to deliver an economic boost of £771m and create 6,600 new jobs in the city over the next six years while stimulating tourist numbers and spend more widely across the country.

Glasgow Life, Scottish Enterprise and VisitScotland are the lead agencies delivering the plan, with strong partnership working and collaboration with Glasgow’s wider tourism businesses key to its success.

A joint programme of global marketing, communications and digital activity, together with an unrivalled portfolio of cultural and sporting events and a record year for conference business ensured Glasgow was front of mind with international visitors in 2017.

Glasgow also welcomed a record 500 conferences, worth £123m to the city, of which 64 were international congresses and conventions; reinforcing the city’s credentials as a global leader for business tourism.

Other highlight activity included the launch of the city’s Next Stop Glasgow destination marketing campaign, rolling out promotional activity in key international markets including the US, Germany and France and welcoming visiting travel media to the city from Australia, Canada, China and Brazil.

It also involved working with Delta Airlines on a campaign to promote their direct flight from New York’s JFK airport and collaborating with key international tour operators to foster stronger business relationships with suppliers from across the city’s tourism industry.

As part of the city’s partnership with Delta a giant digital billboard was installed in New York’s Times Square; promoting Glasgow to the hundreds of thousands of visitors who converge on one of the world’s most famous advertising hotspots every day.

“Our international strategy stems from digital innovation and solid partnerships; locally, nationally and with industry. Our focus is on showcasing Glasgow as an outstanding global city – one that’s welcoming, vibrant and culturally rich with an unrivalled visitor experience and world-class customer service.

“We know the global tourism market is fiercely competitive, but there’s no shortage of compelling reasons to visit Glasgow and that’s reflected in these record figures, which is a real boost to our reputation and tourism economy.

“As we prepare to welcome thousands of tourists from across Europe over the next two weeks to the first ever European Championships, our priority now is to ensure that Glasgow messaging remains front of mind this year and beyond and that we continue to capitalise on the interest in the city that we know exists globally at present.”

Danny Cusick, Tourism Director at Scottish Enterprise, said: “This is a tremendous result by Glasgow tourism businesses and is testament to the excellent progress being made on Glasgow’s Tourism and Visitor Plan.

“Tourism is vital to Scotland’s economy, generating direct expenditure from overnight visitors and providing jobs to hundreds of thousands of people across the country, with Glasgow playing a hugely important role in this as a major international tourism gateway for Scotland.

“We look forward to working with our partners to build on this success and help drive Scotland and Glasgow’s tourism industry to achieve even more.”

Malcolm Roughead, Chief Executive of VisitScotland, said: “Tourism is the heartbeat of the Scottish economy and touches every community; generating income, jobs and social change. The results of this rise in overseas tourism to Glasgow will see ripple effects across the city and beyond.”

Stuart Patrick, Chief Executive of Glasgow Chamber of Commerce, said: “Growing Glasgow’s tourism was always an important goal of delivering the Commonwealth Games, and the aim of the tourism plan is clear – an extra one million visitors to the city each year, boosting the economy and bringing jobs.

“This latest report by the ONS shows that the signs for it happening are positive. We have made a good start, but there is more to do, so let’s build the airport rail link and attract more direct flights to Glasgow Airport, protect our UK retail position by sorting out the redevelopment of Buchanan Galleries and continue to improve the tourist appeal of our city centre with a priority being the resurrection of Sauchiehall Street.”

Mark Johnston, Managing Director of Glasgow Airport, said: “These figures are welcome news indeed and testament to a unique ‘Team Glasgow’ approach that has not only cemented the city’s hard-earned reputation worldwide as a leading visitor destination, but also as a gateway to Scotland.”

The ONS figures are available to view here.

About Glasgow’s Tourism and Visitor Plan to 2023

Glasgow’s Tourism and Visitor Plan to 2023 is the framework for the continued growth of the city’s tourism economy. The plan sets out a clear direction for building Glasgow’s global profile as a successful tourist destination and is focused on increasing overnight leisure tourism visits by one million over the next six years.

Achieving three million overnight visits per year by 2023 will deliver an associated spend of £771 million and contribute an additional 6,600 jobs in the city.

A Leadership Group drawn from the private sector and academia, together with senior representation from key public sector stakeholders including Glasgow Life, VisitScotland and Scottish Enterprise, oversees Glasgow’s Tourism and Visitor Plan – championing its implementation and steering the city’s tourism sector to improve its global competitiveness while addressing any challenges and opportunities. 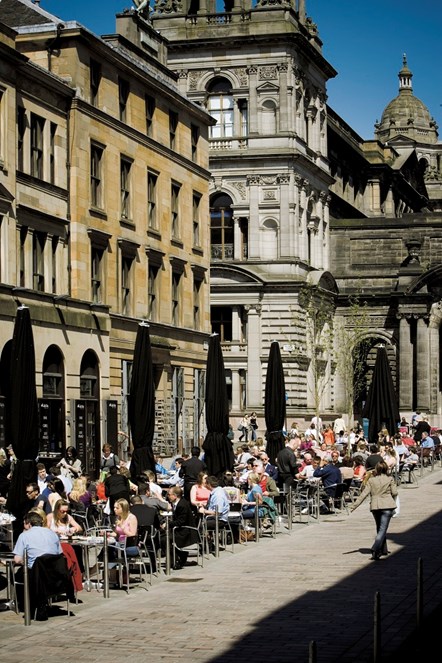