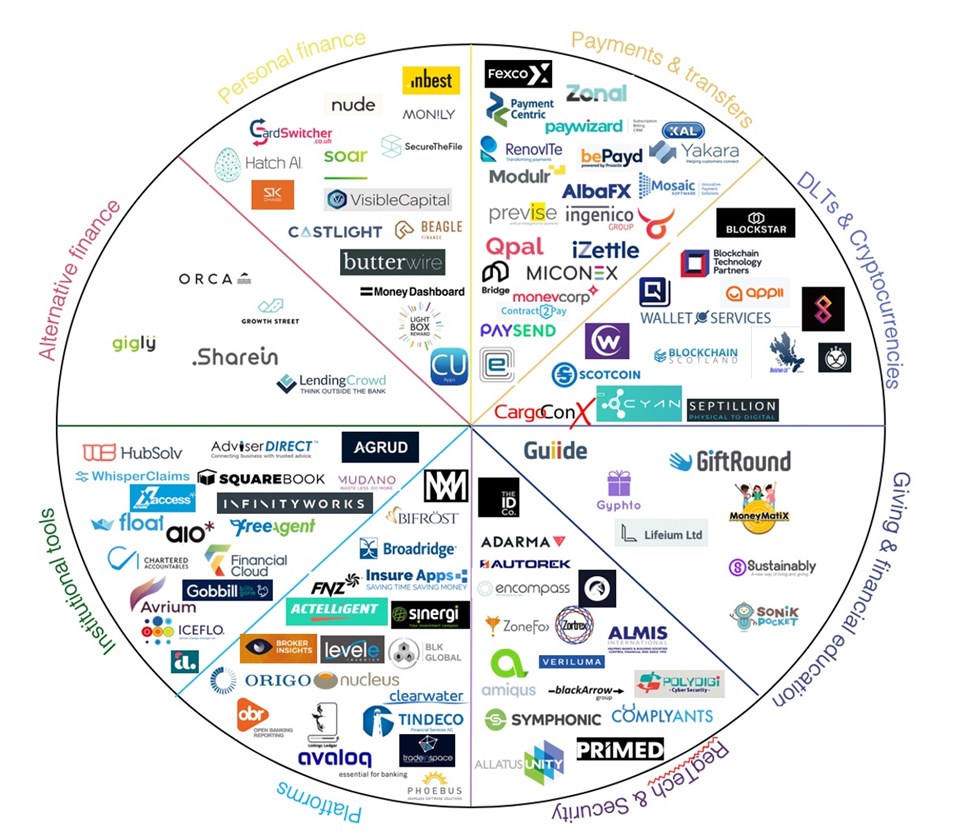 FinTech Scotland has confirmed that the number of innovative fintech SMEs based in Scotland has grown by over 60% from 72 to 119 over the last twelve months.

The announcement comes on the second anniversary since the formation of FinTech Scotland, a joint initiative by a number of financial services firms, University of Edinburgh, Scottish Government and Scottish Enterprise.

The growth in the new fintech enterprises focused on reinventing financial services has been driven by new start-ups such as Visible Capital, SecureTheFile, Open Banking Research, Contract2Pay, Digital Future Capital, Guiide amongst many others over the year.

In addition, the growth in numbers has been fuelled by fintech firms moving to Scotland from other parts of the world such Gobbill (Australia), Polydigi (Hong Kong), EedenBull (Norway), QWallets (USA)  who are now part of the Scottish fintech community along with other global fintech firms, bringing their expertise and energy with them.

Furthermore, there have been a number of innovative fintech enterprises from the UK who have now set up operations in Scotland such as Xpand, Mudano, Infinity Works, BePayd and become part of the vibrant fintech community.

Since its inception in early 2018, FinTech Scotland has facilitated the growing fintech innovation by fostering the connection between entrepreneurs, large financial services firms, the universities, Government and public sector as well as a range of strategic partners and stakeholders.

Commenting on the first year Stephen Ingledew, Chief Executive of Fintech Scotland said: “It is a privilege to lead the FinTech Scotland team and galvanise the broad range of support from across Scotland to support the growth of innovative fintech enterprises in this last year.

Our progressive, collaborative and inclusive agenda is certainly establishing Scotland as a major global fintech centre which can contribute to Scotland’s economic and social ambitions

There is still much to do but with the support of a range of stakeholders from private sector, Government and academia actively participating we can achieve the top ranking global fintech status. I am excited about a number of new initiatives planned for early 2020 which will enable us to build on the momentum throughout Scotland.“

Digital Economy Minister, Kate Forbes said: “Congratulations to FinTech Scotland for an another immensely successful year.  Under Stephen Ingledew’s leadership at FinTech Scotland has galvanised collaboration between Scotland’s innovative SMEs, universities, financial industry and public sector. Together, we are building Scotland’s reputation as a major global FinTech centre and commend FinTech Scotland team for their collaborative leadership over the last year and their vision for the future.

Linda Hanna, Managing Director, Scottish Enterprise, said: “Scotland’s rich heritage in financial services coupled with its reputation as a country of innovators means it’s ideally placed to become one of the world’s leading fintech ecosystems. This is evident in both the number of new Scottish fintech companies and those international businesses that are relocating their operations to take advantage of Scotland’s experience and expertise in the sector.

“The fintech movement in Scotland has been determinedly driven forward by FinTech Scotland over the past two years. Stephen and his team deserve great credit for keeping the momentum going – here’s to another successful year.”

The second anniversary was recognised on Tuesday the 8 January at the joint quarterly Government and financial industry meeting, the Financial Services Advisory Board (FiSAB), chaired by Scottish Government ministers and Philip Grant of Lloyds Banking Group, one of the founding partners of FinTech Scotland, and attended by executives from across the financial sector. 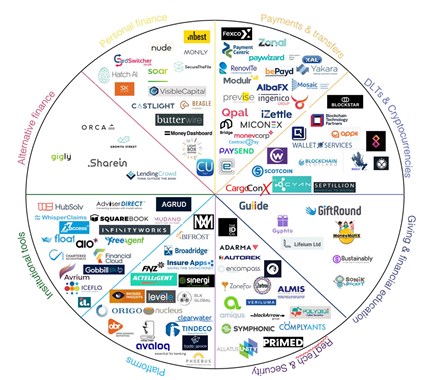