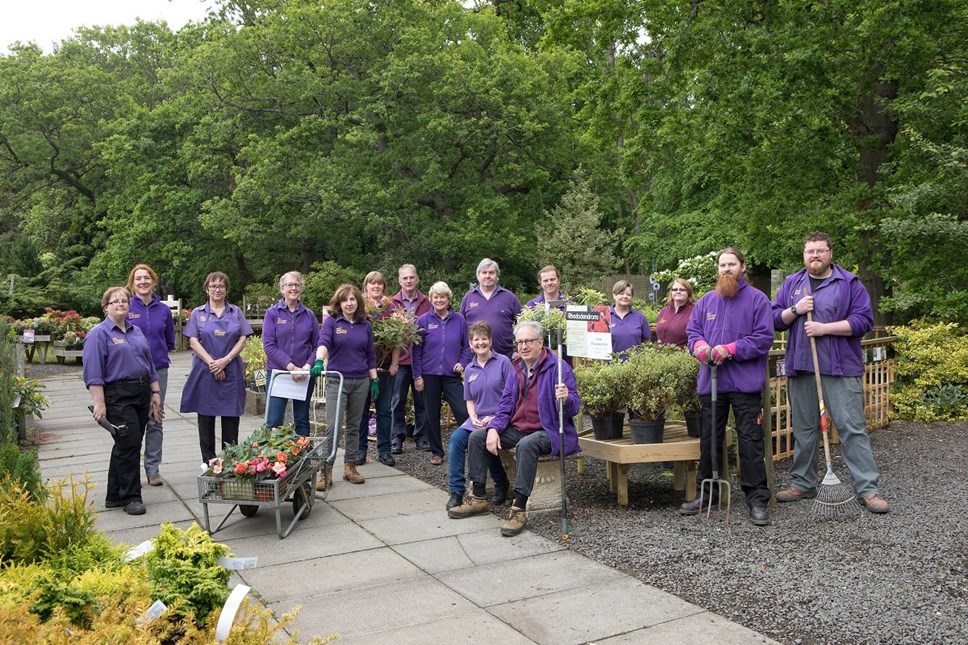 New Hopetoun Gardens, one of Scotland’s best-loved garden centres, is celebrating becoming employee-owned after its founders handed over control of the successful business they set up over four decades ago to their valued team of staff.

Set within Hopetoun Woods between South Queensferry and Linlithgow, not far from the north-bound start of the Queensferry Crossing near Edinburgh, the well-known garden centre - which includes a well-stocked gift shop and Orangery tearoom - has until now been a family business.  Owners Dougal Philip and his wife Lesley Watson are renowned in the gardening world.  The couple regularly judge the showgardens at the Royal Horticultural Society’s shows at Chelsea and Hampton Gardens and Lesley has also been a regular presenter on BBC TV’s The Beechgrove Garden.

Dougal first established the business in 1978, initially setting up the garden centre in the Walled Garden at Hopetoun House and it moved to its current purpose-built facility, New Hopetoun Gardens, after 20 years.  He and Lesley, who were originally landscape gardeners, started off selling plants and shrubs they felt were worthy of inclusion in clients’ gardens.  Over the years their garden centre has grown and flourished, earning an outstanding reputation for the quality, range of choice, friendly service and expert guidance it offers.

The team at New Hopetoun Gardens - affectionately known by customers as ‘The Plant People’ - looks after 18 individually themed gardens that the centre boasts as well as the Orangery tearoom.  Customers can see how plants and shrubs will grow, develop and thrive in typical Scottish conditions while they enjoy the delightful woodland setting and indulge themselves in the tearoom and giftshop.

Dougal and Lesley have always been keen to protect the future of their business, which they have nurtured for so many years, for the benefit of their staff and thousands of customers across Scotland.  Now, following the transfer of a controlling interest of the company’s stakeholding to an Employee Ownership Trust, New Hopetoun Gardens’ future is ensured, while Dougal and Lesley will continue to be involved, supporting its current team of 37 staff as they gradually taking more time off over the next five years.  Their fellow director and co-owner Morag Macrae has worked closely with the couple to ensure the future success of the business.

Having considered their long-term succession options for New Hopetoun Gardens for a number of years, Dougal and Lesley’s priority was to find a solution that would enable the garden to continue to thrive and benefit its devoted team of employees and loyal customer base (7,000 people regularly receive its informative newsletter by mail).  At the suggestion of their accountant, they and Morag attended a seminar, hosted by legal firm Anderson Strathern, on employee ownership. They quickly realised the business model represented a good fit, both for Dougal and Lesley’s exit plans and for the future success of the business.  It would meet their objectives of ensuring continuity and sustainability for the business by passing control over to its team, who would maintain the outstanding reputation New Hopetoun Gardens has earned over many years.

Co-operative Development Scotland - the arm of Scottish Enterprise which supports business growth by promoting collaborative and employee ownership models - supported the directors by providing a business succession review and employee ownership feasibility study. The process of selling the business was then initiated by setting up an Employee Ownership Trust - a means of enabling staff to own a company without having to raise their own funds. Ownership Associates guided the directors through the transfer of the business’s shareholding and legal services were provided by Anderson Strathern whilst French Duncan provided accountancy services.

Dougal Philip says:  “We’re delighted to have had the opportunity of handing over ultimate control of our business to our wonderful and valued team.  We’re extremely grateful to them for their dedication and hard work over the years - they’ve been instrumental in the great success of New Hopetoun Gardens and the loyal customer following we’ve built up.  They have shared our vision for the business 100% so it’s fitting that they will now be able to build on that and reap the benefits going forward.  We wish them continued success for the future and have every confidence in them and we’re delighted that they are happy for us to continue giving them our input for several years.”

Sarah Deas, director at Co-operative Development Scotland, said:  “It’s great to hear that another well-established family business has made the move to employee ownership, which is fast becoming a popular business succession model - it has proved to be highly successful for companies across a wide range of industry sectors which have made the transition.

“New Hopetoun Gardens has a superb reputation and becoming employee-owned means that the future of the business is secured for its talented team of staff who are now in a position to shape its future and benefit directly from its success.”

There are around 110 employee-owned companies operating in Scotland, with approximately 7,500 employee-owners generating a combined turnover of around £950 million.  Statistics consistently demonstrate that employee-owned businesses outperform their non EO counterparts in terms of higher levels of profitability, improved business resilience during times of recession, and increased productivity brought about by higher levels of engagement and enhanced employee wellbeing.

For further information, commentary or images, please contact the CDS team at Smarts Communicate on 0141 222 2040 or cds@smartscommunicate.com.

An employee-owned business is one in which the employees hold the majority of the shares either directly or through an employee ownership trust.  Selling to employees allows owners to manage their exit and achieve fair value while safeguarding the long-term future of the company.  Employee ownership gives employees a meaningful stake in their organisation together with a genuine say in how it is run. It roots business in Scotland, drives performance and delivers economic wellbeing.

The Employee Ownership Trust was introduced in 2014 as a means to encourage more business owners to consider a sale to employees as a succession plan.  Shareholders can sell a controlling interest in their company to an EOT for full market value without incurring capital gains tax liabilities.  The EOT creates an immediate purchaser for a trading company of any size in any sector and then holds the business shares for and on behalf of the company’s employees.  There are substantial non-tax benefits associated with being owned by an EOT – including the fact that employees have a stake in their company – resulting in greater employee engagement and commitment.  In addition, companies can make tax-free payments to employees, currently restricted to £3,600 per tax year. 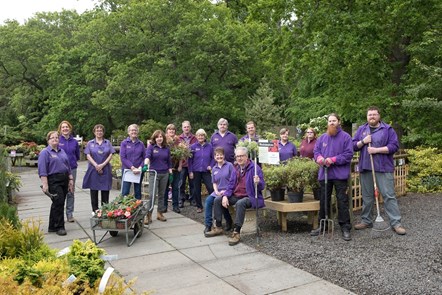